Buying the freehold of a property 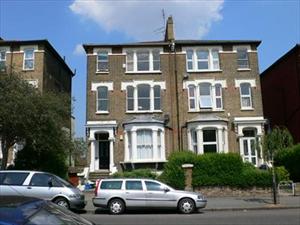 What is the benefit from buying the freehold?  It adds value to your flat and gives you more control

You can effectively have a lease for as long a term as you wish.  Owning a share of the freehold will make it easier for a purchaser to obtain a mortgage, and therefore your flat will be more attractive relative to others with shorter leases.  Most of our clients come to us for this reason - that the present length of the leases makes their flats more difficult to sell.

Additionally, owning the freehold enables you to have complete control over, and joint responsibility for, the management of the property for example decoration, garden maintenance and insurance.  Some of our clients also have a problem with their freeholder who either won't do repairs or charges to much for doing uneccessary repairs.  The cost of insurance can also be a factor - some freeholders seek to charge more than is fair for the insurance and there is little, without incurring the expense and hassle of a tribunal, which the leaseholder can do about this.  Buying the freehold removes such issues.

Buying the freehold will also transfer to the freehold company the benefit of any redevelopment potential.  For example, if a flat has some loft space which could be converted and extended to create an additional flat, this would not usually be possible to do if the flat is owned leasehold without the freeholder's consent:  owning the freehold  means that you could carry out this development , subject to receiving the consent of the other people who own a share in the freehold who may be easier to deal with than a landlord.

How can Extend Now help in the process?  We will provide valuation advice which you can use to negotiate the purchase

Extend Now provides the initial professional valuation advice which you need to serve a Notice on the landlord to start the process of buying the freehold.  This is provided in the format of an initial report.

Is there a 'right time' to buy the freehold?

The right time to buy is usually when flat owners are so fed up with the management of their block they want to control it themselves or when flat owners have spotted a development opportunity they think the landlord is not aware of.

Legal requirements for buying the freehold

The requirements are as follows:

(ii) There have to be at least two flats in the building….

If this is not possible, we recommend you consider extending your lease instead.

Provided you collectively meet the requirements (see above) you need to take two initial steps:

(i) Get a valuer to advise on what is a fair premium to pay to purchase the freehold, including allocating the premium among the different participating leaseholders - a flat owner with a shorter lease than the neighbour ought to pay a greater proportion of the total premium;

(ii) Employ a solicitor who is familiar in dealing with this area of law.

Following this you will create a company to purchase the freehold (in which the participating leaseholders will have shares), then you will serve a S13 Notice on the landlord with a proposed premium.  The landlord will usually reply by serving a Counter-notice on you which will usually be at a higher number...  Then the two parties usually agree on the premium, using their valuers to negotiate.

Where agreement cannot be reached by negotiation, the correct premium is determined by a tribunal.

If the matter can be agreed between the parties it usually takes around 4-8 months.  Where it cannot be agreed, and is referred to the Leasehold Valuation Tribunal,  it can take more than a year.  Unless you have time on your hands, this is why it is important to employ a valuer with a strong track record of agreeing collective enfranchisement claims by negotiation.

Will I have to pay any other costs other than those of our valuer and solicitor?

Yes the landlord can require you to pay its reasonable valuation and legal fees. Other incidental costs include stamp duty.

Calculation of the premium to buy the freehold

You have to pay to purchase the freehold because firstly you are buying the landlord’s reversion i.e. its ability to possess your property when the current lease term expires.  Secondly, you as the new freehold owning company will benefit from any redevelopment potential.  Finally, you are removing the landlord’s ground rent income.

The price is calculated by assessing the value of the landlord’s reversion including any redevelopment potential i.e. the vacant possession value of the property, discounted back in time in respect of the property which has been sold on a long lease (i.e. most if not all of it).

In respect of any leases where there are fewer than 80 years remaining you will additionally have to pay half of the ‘marriage value’. This is the difference between the sum of the proposed interest (the leases with the freehold) and the existing interests (the present leases of, say, 76 years, and the landlord’s freehold reversion which is 76 years away).  In this calculation the ability of the leaseholder to extend its lease is disregarded.  This is the second element of the calculation.

The third and final element of the calculation is the value of the lost ground rent.

The few exceptions which may mean you are not eligible

You are not allowed to collectively enfranchise where:

(ii) The flat is part of a National Trust property

(iv) The flat is within a cathedral precinct

(v) The building is a conversion in to 4 or fewer flats, and where the same person has owned the freehold since prior to the conversion, and where an adult member of the freeholder’s family has lived in one of the flats for the past 12 months